I talked to John Denver on the phone the night before he died. The night before his own great leap into the abyss, although “crash” is a more correct choice of word. His first big hit sung by Peter, Paul and Mary, was “Leaving on a Jet PLANE.” Yes, I know what some people are thinking; his death is rife with irony. No, he didn’t crash in a jet plane, but it was a plane. I loved to fly with John. He was an excellent pilot. I don’t understand all the rigmarole about his pilot’s license, but I trusted Roger. Roger was also a good pilot and like John, grew up flying with his dad and if John had been a mediocre pilot, Roger would have been the first to rag him about it. Roger liked correcting people, and even if he could be annoying about it, he was usually right. I also took flying lessons and knew enough to know that John was an expert pilot. John’s father, Dutch, was a famous Air Force Pilot whom I knew briefly. Dutch and John flew Roger and me to Lake Tahoe the week after Roger won a Grammy in 1981. Father and son were obviously very close. They laughed with each other—had a great time. No simmering anger beneath the surface of this relationship as implied in other books, one supposedly co-written by John. I had problems with my dad when I was young, but we smoothed that over later, the same with John. John did leave an architect degree behind to be a folk singer. I doubt if many dads would have been thrilled with that choice, but his dad supported him soon thereafter and I could tell from Dutch’s demeanor, no one could have been prouder. I could see it in his face when looking at John. Some stories get hijacked, I mean, ghost-written, which is why, my readers, I take full credit for this book; whatever it is, it is me (and maybe Roger’s ghost just a little).

Daniel Hahneman, a Nobel Prize winning expert in these matters of how we experience life says that the “remembering self […] our memory tells the story.” And, we all know there are as many versions of a train wreck as there are witnesses. Think of my “remembering” as my offering of poetic prose, a glimmering of words from a subconscious mind that has followed my “experiencing self” around for nearly sixty years. The goal of my book is for me to heal, and for the reader, to hopefully, be a little inspired, or maybe just entertained—critics are embraced. 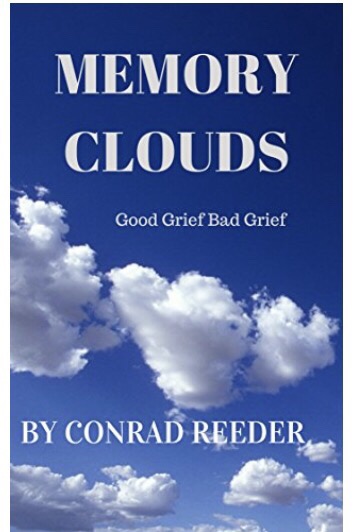