THEATRE OF THE MUSE–A DIVINE EXPERIENCE

ENTER STAGE RIGHT. REAL THEATER FOR EVERYONE IN THE COMMUNITY.

MISSION: Model THEATRE OF THE MUSE™ after the church structure with franchise potential. People would recognize comfortable parallels. A Minister/Reverend/Priest would now be the Director. The Choir is on call for all the Musicals. The Musical Director, Dance Captain, Stage Manager, and Costume Designer replace Elders and Deacons. And the Communion is the Dinner after the Friday night event, along with the collection plate to help with funding, since the entire Congregation or Membership would be the Executive Producers. Ongoing rehearsals would take place one night a week. 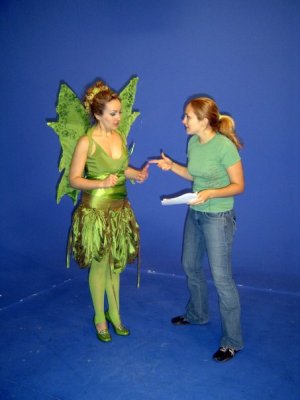 To be a member of THEATRE OF THE MUSE™ would require some sort of tithing whether it be money or labor. Remember, this is modeled from the rituals of established religions. Members would focus on their daily play readings for their upcoming event. Artisans in textiles, carpentry, or props would offer their skills, just like members of a church gift their skills to their congregations. Prior experience in theatre would not be required. On the job training is always a preferred method for learning. There would not be the pressure to be a “perfect” performer, other than fulfilling one’s inner desire to present their personal best.

Print a book endorsed by THEATRE OF THE MUSE™ with a collection of accepted Universal Truth such as, but not limited to, the words attributed to Jesus or Buddha or Krishna or The Dalai Lama or Voltaire or Kahil Gibran or Moliére or Mohammed or Beckett or…Gertrude Stein? Well, why not? Women need someone, and Gertrude was considered “sagely” in her time. Let people decide which sage speaks to their personal needs.

THEATRE OF THE MUSE™ is where people go to celebrate life and purge their angst, not learn ways to hate or generational racism or condone war or be fearful. A fulfilled life lived–the goal.

People can still seek treatment from experts like Psychiatrists or Doctors if they have unanswered questions or needs. They can retain their belief in Religion. THEATRE OF THE MUSE™ does not expect nor desire to replace the faith one has in a particular Religion. The goal is to enhance life and offer ritual to those who need it.

The weekly Production would take place every Friday Night, with one extra rehearsal, so participating in THEATRE OF THE MUSE™ would not interfere with other religious practices.

The Crucifixion of Jesus could be presented in December, and in January King Lear or Rent or Oklahoma or The Odd Couple or The Ramayana (India) or The White Snake (Chinese).

Plays like ‘Nite Mother could be used to deal with the tragedy of suicide with a guided discussion by a professional following the performance. Psychologists have used this approach as an effective way to reach suffering people, and sometimes get amazing results. Sponsoring a Psychodrama event with dramatic action guided by professionals in the field has proven to increase physical and emotional well being (Moreno 2000).

Members could present their own productions in a once-a-year festival, featuring new plays. Writing is very therapeutic and journaling is encouraged in most rehabs. The reason being, it opens up a dialogue, a gateway to the mind that essentially seeks pleasure, not addiction to life-killing habits. Most people just want to be heard, be understood. Ask any Psychiatrist.

Use monitors to prompt actors, so memorization is not a factor in participating, and put up screens for the audience to sing along, follow the bouncing ball for Everything’s Coming Up Roses.

THEATRE OF THE MUSE™ aspires to be a community theatre that serves the people in the community, enriching lives and hearts, by providing an outlet for emotional growth and unrealized talent.

The Arts have always transcended gender, race, sexual orientation, and nationality. Why not use the Arts to save humanity from itself? Art has always been an outlet for people looking to find meaning in their lives or a release from misery. Why not use a weekly “hands-on” dose of the Arts to help people explore the divinity within?

THEATRE OF THE MUSE™. Your ticket for a divine experience!

THEATER OF THE MUSE BIBLE

1. In the beginning The Muse created the words and the music.

2. Now humankind was formless and empty, darkness was over the surface of their souls, and the Spirit of The Muse hovered over.

3. And The Muse said, “Let there be light,” and the stage was lit. 4. And the Muse saw that the light was good and separated the performers from the audience. 5. And there was tragedy and there was comedy—the first theatre.

6. And The Muse said, “Let there be conflict between the performers to separate words from words. 7. So The Muse made conflict and separated the words of theatre from the words of everyday existence. And it was so. 8. The Muse called the words “story.” And there was the storyteller, and the listener—a performance.

9. And The Muse said, “Let the stories be gathered into one place, and let sounds vibrate around them.” And it was so. 10. The Muse called the vibrating sounds “music.” Performers moved to the rhythms of the music and it was called “dance.” And The Muse saw that it was good.

11. And The Muse said, “Let the stories and their music be produced by living creatures according to their kinds: Ceremony, Ritual, Masquerade, Egungun, Italian Opera, Musical Theatre, Tragedy, Comedy, Farce, Beijing Opera, Capoeira, Puppetry, Pantomime, Noh, Kabuki, Sanskrit Drama, MTV—any event where two or more are gathered to express talent.” And The Muse saw that it was good.

12. The Muse blessed the performers and said to them, “Be fruitful and multiply in number. Fill the earth with the light of theatre for the benefit of everything that has the breath of life.” And it was so.

1 thought on “THEATRE OF THE MUSE™”