(Being in Mexico, all things Spanish bubbled back into my brain. The following is a paper I wrote for my MFA from the University of New Orleans’ “Spanish Literature and Culture Class” taught by Peter Thompson in Madrid July, 2007, oh, and yes, I lived right around the corner from the Plaza de Cibeles.)

In 1974, I portrayed Antonia, the niece of Don Quixote at my college production of Man of La Mancha for Austin Peay State University in Clarksville, TN–my big break–the moment I fell in love with theater. Little did I know then that I would spend quality time in Spain 30 years later thinking/writing about Miguel de Cervantes and other Spanish writers–all things España, especially about how women have been portrayed in stories. 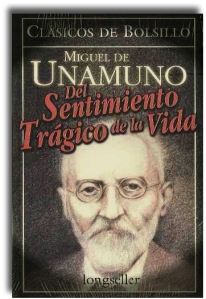 Miguel de Unamuno (1864 – 1936), a Spanish philosopher and important literary figure, proposed that, in his time, the women of Spain lived only to give birth, but he believed “that the role of woman is what has made the United States great” (Sedwick 312), especially as it applied to the liberation of women in the workforce and in education, but the women in his stories are preoccupied with motherhood as their basic motivation, and “a woman is either a mother or a potential mother, as distinguished from female, hembra, a term which Unamuno seldom uses without disdain” (Sedwick 309). In life, Unamumo’s wife, Concha, was a simple, un-intellectual woman and gave him eight children–so the discussion at home about the changing role of Spanish women ended at the tip of Unamuno’s pen.

Spaniards say they are Catholic, but since the death of Franco (1975) attendance to mass has diminished. In post-Franco Spain, how does a 21st century woman assimilate into a secularizing society with a government sanctioned 4th century Catholic dogma? The mixed message is one that is being played out in the cultures of many nations of the world to varying degrees, but Spain offers a unique story all its own.

The arena of theatre and/or literature offers clues. Unamuno’s Fedra follows the basic premise of the Greek mythical story told in Euripides´ Hippolytus – retold as Phaedra in the 1st century C.E. by the Spaniard from Cordoba, Seneca, and in the 17th century by the French dramatist, Racíne.

The doomed Fedra/Phaedra falls in love with her stepson, but Unamuno changes one important detail. Unamuno’s Fedra “has no children of her own” (Sedwick 310), unlike the fertile Phaedra of ancient myth. Unamuno constructed a drama in which “tragedy for anyone other than Fedra is averted when she dies of love, remorse, and a physically weak heart” (Sedwick 310). His story seems to say that a woman without children is more likely to be a victim of destructive passion.

The  production of Fedra at the Mérida Festival Teatro Clásico (2007), however, stayed truer to the original myth. The playwright, Juan Mayorga, included Fedra’s son, Acamante, but this Fedra ended the story by finishing off the dying Hippolytus with a knife, and then sliced her wrist, falling on the dead Hippolytus. The following video is a glimpse of the intense drama from my peanut-gallery seat.

This updated Fedra text is written primarily to showcase the talents of the singer Ana Belén, but even so, Belén’s Fedra is a mother, albeit a repulsive mother who commits three hideous sins damned in most religions; she lusts for her step-son, she lies, and then commits suicide. It would seem being a mother does not prevent this Fedra from being the catalyst of these horrific events. The mother as whore turns Unamuno’s concept of motherhood upside down.

Benito Pérez Galdós (1843 – 1920) creates a world where women are the victims of their fecundity or lack thereof. In Fortunata y Jacinta, the women, respectively mistress and wife, fight over a man – Juanito. The mistress is fertile and the wife is barren. Fortunata has one clear idea: “A wife that doesn’t give children isn’t worth a thing. Without us, the ones that have them, the world would come to an end” (Galdós 603).

Unfortunately for Fortunata her childbearing prowess does not save her body and she dies, leaving her son for Juanito and his wife, Jacinta, to raise. The mother in this story is not socially or morally elevated by her ability to give birth–a precursor of the fully mixed message to come.

Spanish women eventually found their own voice to express their slant on motherhood. Some critics feel Carmen Martín Gaite (1925 – 2000) represents the best of the post-dictatorship trend in the writing of Spanish female authors who polarize the Spanish male into characters of “macho” and “the weakling” (Brown 59). Gaite was mostly concerned with “the centrality of a problematic of communication” (Servodidio 565). The issue of motherhood would not be the over-riding issue, once men and women communicated, and not just dialogued. In other words, the way to a woman’s heart and body is through her head, and not the promise of motherhood.

In Gaite’s Fragmentos de interior the handsome Diego abandons his artistic wife of three decades to take up with young lovers to assert his virility.

Gaite herself had two children, and also had separated from her writer husband, Rafael Sanchez Ferlosio. Art reflects life.

In the real world, the women of Spain are taking charge of their bodies anyway, with or without the sanction of Unanumo or the Catholic Church. Spanish women are forging a new story about motherhood. Post-Franco women are having fewer children.  The Franco regime banned contraception and encouraged large families, but the subsequent administrations have had no explicit population policy. The following graph from the Rand Corporation shows how Spain plunged in birth rates after the Franco dictatorship ended.

For the first time in Catholic Spanish history, women are gaining some control over their lives that women in Western countries have already achieved. For example, the sale and advertising of contraceptives was decriminalized in 1978, the establishment of divorce happened in 1981, and abortion has been allowed in some circumstances since 1985 (Valiente 288). Separating women’s reproductive choices from the auspices of the Catholic Church, a policy that forced multiple and unwanted pregnancies on women, was an important step in viewing motherhood as a choice rather than inevitability.

A woman’s choice of motherhood is at the very center of the battle for the soul of Catholic Spain. Why do Spanish women (and women in most industrial nations) choose not to have children? The reasons vary, but many are practical, not moral. The word on the street is that housing shortage is a problem. Joshua Edelman, a New York transplant of twenty-plus years, is married to a Basque woman and they live in Madrid. The only reason they have two children is because her pregnancy was twins. Edelman says, “There is a shortage of housing and high property tax.” And, because of the housing shortage, many young Spaniards live longer with their parents affecting the birth rate (Hooper 329).

In response to the sweeping changes, Madrid’s archbishop, Cardinal Antonio Maria Rouco Varela, recently announced, “Madrid has turned into Sodom and Gomorrah” (Richburg).The choice to use birth control clearly contradicts the Catholic edict and last July when Pope Benedict XVI visited Spain to respond to the legalization of gay marriage, he lumped contraception in with gay marriage, abortion, and human embryo research—the laundry list of sins Catholics must reject (Gonzalez), but the times they are a-changing. Also, when José Luis Rodriguez Zapatero, a member of the Socialist Workers’ Party, was elected in 2004, he “eased laws on abortion and divorce and refused to make religion classes mandatory in schools” (Dixon).

Lucía Extebarría (1966 – ) is part of the new generation of writers taking up the torch of feminine identity. Her first novel Amor, curiosidad, prozac y dudas (Love, Curiosity,Prozac and Doubts) deals with a variety of women’s issues: “discrimination in literary studies and academic recognition, sexual abuse, bulimia and anorexia” (Women 181). 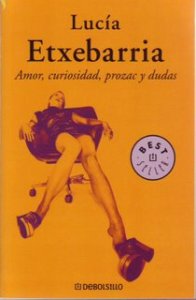 The women of Spain struggle with the same issues as women everywhere, but in Spain the long shadow of the Catholic church shrouds all.

In a PBS interview, Ms. Gímeno, a feminist attorney, sees a change coming. “They (Catholicism) are against divorce, abortion, stem cell research, euthanasia, gay marriage. With so many things that have been accepted by Spanish society, I think the church, or at least the church hierarchy, has lost contact with society” (Gonzalez). Given the chance, what thinking human being wouldn’t object to being polarized between a whore or virgin?

A century ago, Unamuno’s Fedre didn’t muddy the waters of holy motherhood. His Fedre was a barren woman–Unamuno’s device to explain the sinner’s motivation behind the debauchery. Half a century later Richard Wright reported, “All women alone (in Spain) are whores” (Wright 84). Now a century later, women not only stay single longer, but many choose to educate themselves and postpone marriage and child-rearing.

Ms. Gaite expresses in the late 20th century the desire women have of wanting to be treated as human beings first–wives and mothers next. “Ironically, it would seem that the longer Spanish men cling to traditional attitudes towards women, the greater the damage they will do to that most traditional of Spanish institutions, the family” (Hooper 133).

The Catholic Church stands to lose much of its value in society by condemning women for wanting to live richer, fuller lives. Ms. Gímeno speaks for many professional women: “I think if that (Catholic Church) keeps going like that, Spain will continue to be more secular, and the church will run the risk of ending up talking to practically no one” (Gonzales).

Writers like Extebarría are the tip of the iceberg. Women in Spain are issuing a “collective shout” for a whole generation: “we own our bodies.” In a land where Don Quixote is still revered as a national hero chasing his impossible windmill, a metaphor for the quest for spirit (Unamuno 314), the time is right for Doña Quixote to realize a dream of individuality and personal dignity that comes with owning one’s life and choices, a spiritual quest for women not wanting to be condemned for choosing to have few or no children.

The struggle for identity is a theme that runs through the work of Ms. Gaite who writes to an audience of women that on the one hand don’t join feminist organizations in large numbers, but on the other, “seem to positively value the achievements of the movement” (Women 182). For inspiration, women need look no further than the Great Earth Mother, Cybele, who is riding with her lions in the Plaza de Cibeles (Madrid), leading the way for women and the men who support them on the greatest quest of all: personal freedom.